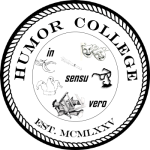 As discussed in our introductory remarks, the whole concept of “humor” is quite silly. Our pioneer forefathers never had time for frivolity, and look what they accomplished in their thirty years. It is one of those human endeavors that persists through the ages, yet fails to produce any measurable good. Those of us who just don’t “get it” find the whole subject aggravating in extremis. One must grudgingly admit, however, that it does appear to have some value as an opiate to the masses.

As a light aperitif to our study, let us review a form of humor you may not have experienced since your elementary school days. The “Knock, Knock” joke form endures precisely because it encapsulates most of the lowest-common-denominator elements of humor. Its rigid parameters are quickly mastered by even the very young. The laughter it generates comes from childish use of language in deliberately silly ways.

Let us start with a practical example. I will assume the role of the joke presenter. [I fully admit—I am a clinical practitioner, not a skilled artisan.]

“Knock, knock,” I would say. [This is the required starting phrase.]

“Who’s there?” you reply. [This response is also a requirement, establishing the use of the “who” syllable. This is played upon later in the form.]

“Spell,” I might answer. [This line will vary from joke to joke.]

“Spell who?” you say. [The requirement: that the respondent repeat, verbatim et literatim, the preceding phrase, and append the word “who” to it.]

So far, this is a call-response pattern that familiar to most of us. Most notably, call-response has been a staple of religious liturgies for centuries. [Of course, in foolish attempts to cater to the immature, Western services have been made “hip” and trendy, and abandoned such tried-and-true modalities. The result: not only have we not attracted more people, but we have alienated many in our membership base.]

Where were we—oh yes; now I would deliver the “punch line,” if you will, also known as the “pay off.” In our example, I would next spell out “W-H-O.”

Right away, I have committed multiple humor faux pas. First, I have delayed the delivery of the punch line by distracting asides. The juxtaposition of sounds and verbal rhythms apparently play a critical role in the comedic arts. Thus, I have seriously diluted any humorous potential there was to be had by the material. Secondly, by attempting to explain the joke along the way, I have meddled with the forces of comedy nature. Again, any verbal dross or vocal imperfections seriously impede the possibility of inducing laughter. Right away you can see where an academic might be at a disadvantage.

Let’s try other examples which make the pattern of this form more evident. The purest form of this joke style would seem to be the following:

Who let the owl in here?

This quite literal use of the “who” syllable trades on the childish imitation of this bird of prey. Forcing your victim to say “who, who” might be seen as humorous once you point out that this sounds like an owl.

Some derivation of this example is probably the first mastered by the elementary school set. It would seem many other examples can be derived from getting your target to say “Boo who?” (Since this sounds a little like crying, there are a number of humiliating punchlines.)

Gesundheit, but please cover your mouth next time.

Believe it or not, the point of this example is to induce the respondent to roughly simulate the noise of a sneeze. Having done so, we may proceed to teasingly reprimand them on their hygiene.  I know—seems highly contrived, and rather “lame” (as the kids say). At best, you may induce a rough approximation of the syllables associated with a cartoon sneeze, but there are so many variants that this is just groan-inducing.

A little old lady who?

I didn’t know you could yodel!

In this case, the “victim” has strung together syllables that sound—when heard deliberately oddly, in a sing-song rhythm—vaguely like Alpine folk music.  Falderol.

The audience for this format is so unsophisticated that what few rules there are are frequently flouted. For instance, many ignore the “who” element altogether.

Once again, syllables, homophones, and synonyms have all been mangled to a fare-thee-well. We have taken advantage of the fact that the proper name “Sherwood” sounds like the phrase “sure would.” Again, the payoff seems terribly unfair to our audience, but some mirth may arise due to their surprise and confusion.  And, once again, we’ve deliberately mangled language in a pointless exercise.

This offering extends the form further toward the ridiculous. Humor is supposed to arise because the joke-teller has a lisp. I’m no stickler for political correctness, but this surprise seems cruel on fundamental levels. Without enough information, how could we possibly anticipate such a condition? The line itself is without humor, only as it plays off the fact “drain” sounds like the name “Dwayne” when uttered by someone with a speech impediment. So what? If the teller has no such impediment in real life, this is just puerile.

No, thanks. I prefer peanuts.

Forcing the respondent to add “who” sets up the potential for many sound-based puns and japes. In this case, when “cash” and “who” are said together rapidly the sum of the syllables approximates the word “cashew.”   This inadvertently induces the victim to ask if he can serve you this nut. Being the smart aleck that he is, the humorist then replies that he would really like a different seed instead.

Still, there are those who would raise the “knock, knock” form to a higher plane. [We focus on this predilection in our “High Concept Humor” section.] For instance, a more literate attempt would go something like this:

Grammatically speaking, it’s “from whom.”

Perhaps mildly amusing to an advanced grammar student, but hardly a knee-slapper outside such circles.

Will you remember me in a month?

Will you remember me in a year?

The phrase “silk purse out of sow’s ear” immediately springs to mind. Here the rigid format forces the respondent to say inappropriate things, which in turn earn him a “humorous” reprimand.

I think we get the point. The “knock, knock” joke has some slight value as an introduction to humor for the young and weak-minded. It’s relatively rigid structure allows for limited, rudimentary creativity. The object here is to trick the respondent into supplying material for a punchline. The joke teller is left with a certain sense of superiority. The hearer may enjoy a small measure of amusement; more often, the emotion is embarrassment or shame. Any surrounding audience may be induced to some measure of mirth, whether by the material alone or the “joke” in combination with the respondent’s pain.

In addition, humor seems to arise via a combination of lowbrow puns, phonetic wordplay, and/or homonyms, synonyms, and homophones. Given the practitioners, one might conclude it is primarily a favorite of those with limited command of language.

“A great many people think they are thinking when they are merely rearranging their prejudices.” 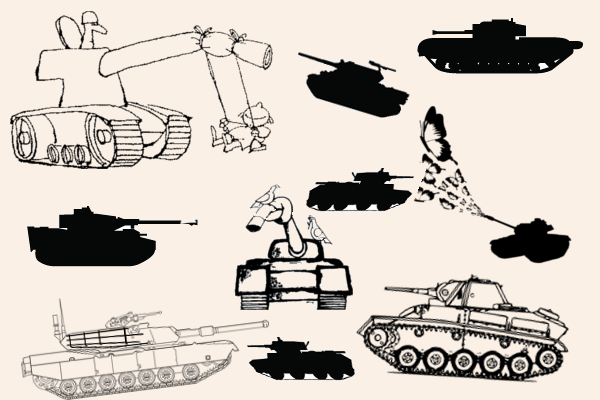